You are here: Home / children's behaviour / How much TV should I let my child watch?

‘Don’t let you children watch TV it will pollute their minds!’  Well there are truths, lies and partial truths. I think that this is a partial truth, I would substitute certain channels in here rather than the concept of TV as a whole. When I had one child I would put the TV on in the morning when we were getting everything ready for the day (i.e. clearing up the kitchen, packing lunches, getting ready to leave for work/nursery), about twenty minutes of Peppa Pig, when Rory the Racing car started it was our cue to leave to get to nursery on time. I quickly learnt to turn the TV off after the final oink that Peppa made before Rory started and then we would never leave.

What I found was that the TV show itself wasn’t that bad (although daddy pig is always the object of ridicule and mummy pig is always rescuing everyone in that show) it was more the adverts that were really damaging and harmful.

Children’s advertising is unbelievably aggressive, especially adverts for boy’s toys. The adverts for girls I found to be extremely patronising and insidious.

What I did was during the adverts I would switch the channel to CBebbies and then switch it back for the next episode of Peppa’s adventures (or misadventures of her daddy).

I don’t know what it is like in your county although I imagine the state of TV advertising is probably worse in the US and in India than it is in the UK, but what I’ve known about commercial TV channels is that programmes are what they put on in between the adverts. During the 80s and the 90s we were programmed to believe that commercial TV needs to run adverts in order to support the TV shows, but now the TV shows are what comes on in between the adverts. 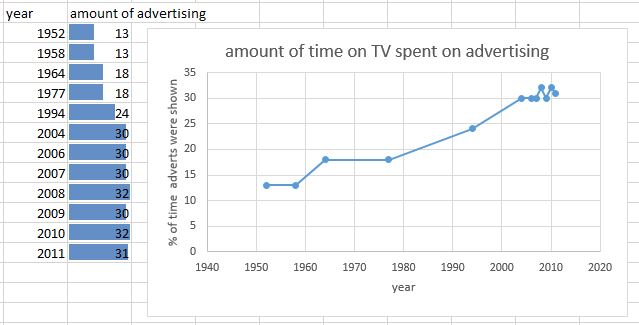 percentage of time of advertising on TV

Fig 1. The amount of time (in per cent) that is spent on TV advertising.  This is based of empirical research from http://www.waynesthisandthat.com/commerciallength.htm

Some would say we are quite lucky to have a national broadcaster here in the BBC. The BBC has certainly made lots of errors, some of them very grievous and deplorable errors. But one thing that the BBC offers is that they don’t show adverts. By their very nature commercial stations can’t match this, even the ones that charge you a subscription seem to bombard you with adverts, they show as many adverts as non subscription TV models do.

Anyway I’m not writing a treatise on the role of advertising in subscription based commercial TV, the point I’m writing about is letting children watch TV and how much is healthy. On the weekends I try to do so much more interesting things than watch TV, in fact the TV only comes on as a very last resort. Not that I think that TV is wrong or the content is not good enough (although most of it isn’t) but I think it does dull the senses.

Now that I have two kids the TV has gone from an occasional thing to a semi-frequent thing as I struggle to keep up with the amount of work that looking after two kids entails.

What I have learnt is that youTube is better than TV.

Firstly I can make playlists that I think will spark my boy’s imagination and get them to think and I can skip the adverts after five seconds. I can even explain how the adverts work and how to skip over them.

Here is one such playlist that I have made, I’ve called it educational vidoes, I know that I can hand him my phone/tablet or even let him watch it on the laptop while I am busy changing the baby’s nappy or preparing the baby’s milk.

This playlist is currently made up of learning to read the time, learning letters and numbers, architecture of different cities.  It will grow over time and will auto update. 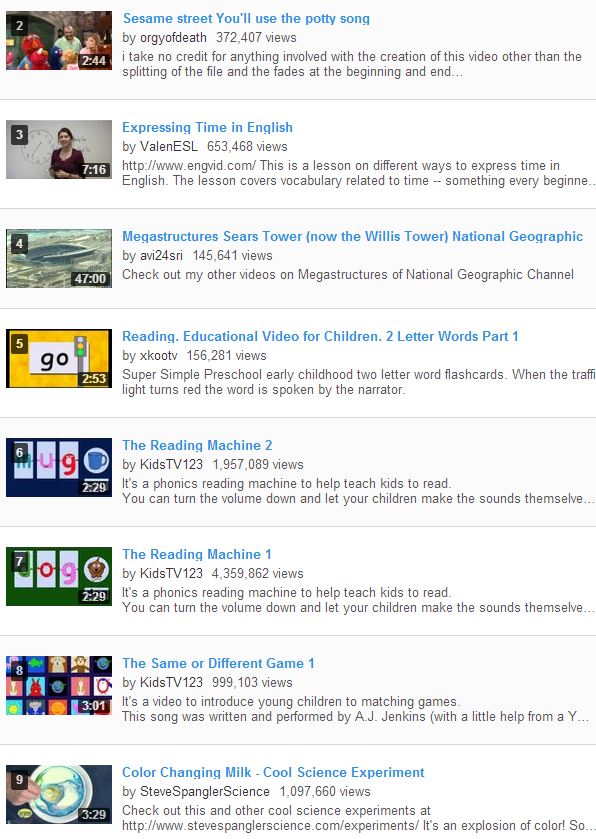 Fig 2. screengrab of educational videos that I have compiled into this playlist

I want to get your take on whether you think TV is okay for children to watch, how much is healthy and how you manage to turn off the TV, does your child get upset when you have to turn it off?

Also I’m really interested if you use TV as a reward or a treat.  I have on occasion used the promise of letting my boy watch his favourite car wash or robots manufacturing car videos on youTube as a reward (some may say bribe) to get him to clear up his room or eat his dinner.  Away from the problem of advertising (the probability of getting an advert is pretty low and I can skip the ad after five seconds) I worry if I am using the notion of watching TV (whether it’s youTube or regular TV) as a positive reinforcement, much the same way some parents say to their kids that they can have a chocolate or a bag of crisps if they tidy up their room.

[Tweet “how much #TV should I let my child watch? pic.twitter.com/ESwWaRpwgB #parentingQuestion #Parenthood”]